Located between Grant’s Pass and the town of Rogue River, Oregon, the Savage Rapids Dam was constructed in 1941, creating a backwater pool that extended nearly 2 ½ miles upstream.  The 40-foot tall structure also featured “ladders” to allow migrating fish to move upstream and spawn in their natural grounds.  Spanning 400 feet wide, the dam was constructed of reinforced concrete and large steel radius gates.  Northwest Demolition utilized specialized excavators equipped with 12,000-pound hydraulic impact hammers and concrete pulverizers to demolish the structure.  The use of this large equipment allowed for rapid and timely removal, minimizing the environmental and political effects of the sensitive project.  The ability for the general public to view operations from above required the utmost safety and efficiency standards.

The dam was removed in two phases in order to facilitate the relocation of cofferdams.  Following the removal of the superstructure, the lower levels of removal area were smoothed and picked clear of protruding steel and foreign debris to limit risk to migrating fish. 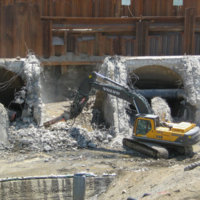 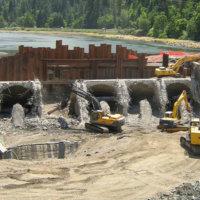 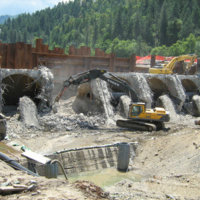 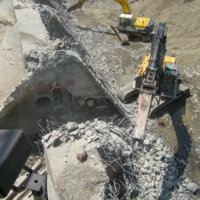 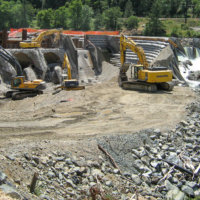 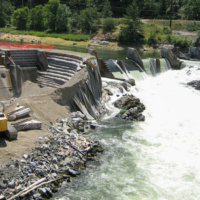 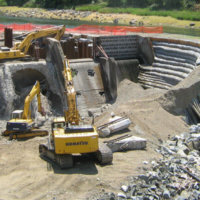 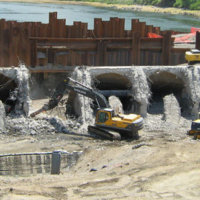