Northwest Demolition was contracted to demolish and salvage multiple structures as a part of a larger mine expansion effort in remote Central Nevada.  These included a 70-foot tall truck shop, fuel structures, offices and warehouses, and various other infrastructure components, including a secondary crusher building and conveyor system.  Northwest Demolition was involved in every step of the project effort, from initial universal waste removal, to metal salvage and recycling, concrete processing, and petroleum contaminated soil removal.  In total, more than 3,000 tons of steel was prepared, separated, and transported to Reno for recycling.

Due to degraded high wall conditions onsite, significant portions of the project were performed using Northwest Demolition’s robotic excavators to ensure a safe distance from hazardous environments.   The demolition of the secondary crusher system involved the cutting and removal of screens and conveyors, all of which was completed using remote controlled equipment.

Despite multiple weather and construction delays, Northwest Demolition completed the work ahead of schedule. 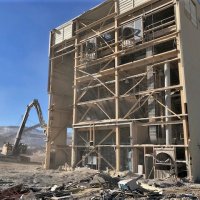 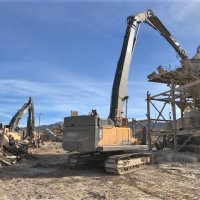 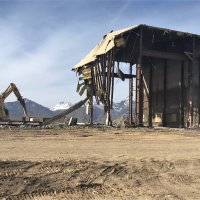 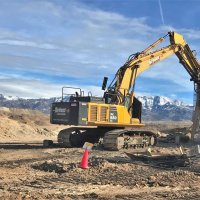 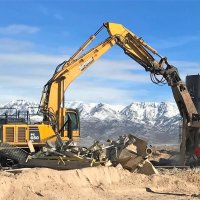 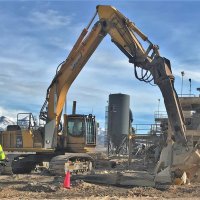 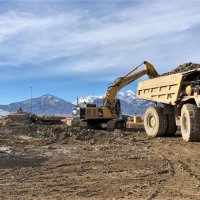 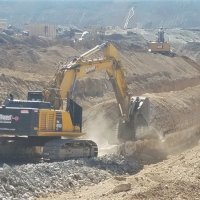 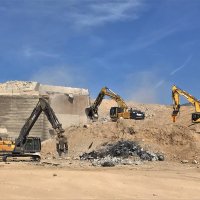 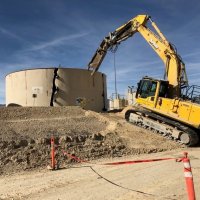 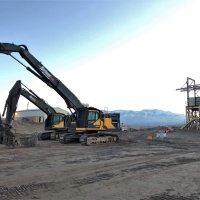 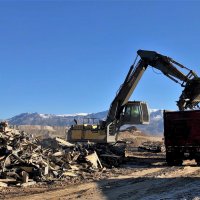 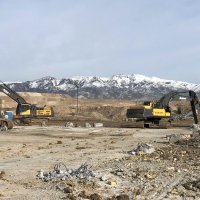 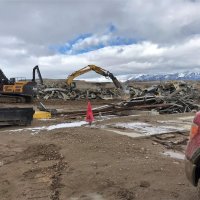