Crews used a combination of contained sand- and hydro-blasting to remove the asbestos-containing paint and block filler from the concrete and CMU buildings.  Northwest Demolition then began the demolition and recycling of the facility’s 28 buildings.  The resulting demolition debris was crushed for reuse onsite.  Due to the sensitive surrounding ecosystem, as well as the proximity to neighboring agriculture operations, dust suppression and fugitive dust management was paramount. Water trucks and engineering controls such as excavator-equipped systems were utilized to minimize dust generation and release.

The project required ongoing sampling and characterization to track and properly contain, abate, and dispose of additional hazardous materials not identified in the environmental surveys. Lead, TPH-, and PCB-contaminated soil was excavated, sampled, and transported to landfills.  Over 100,000 square feet of asphalt paving was removed and crushed, and the remaining site was hydro-seeded.  Because the storm sewer system had been decommissioned, Northwest Demolition designed and implemented a grading plan to promote natural drainage.

This project reflects Northwest Demolition’s ability to comprehensively tackle projects with a large scope of operations, overseeing everything from site preparation and abatement to demolition and restoration. 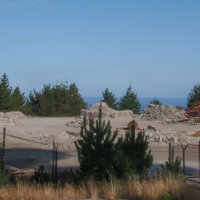 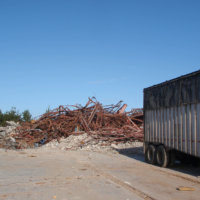 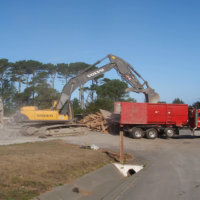 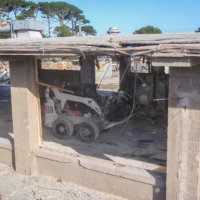 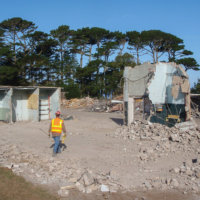 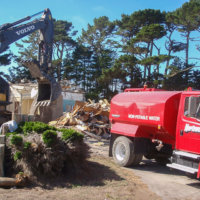 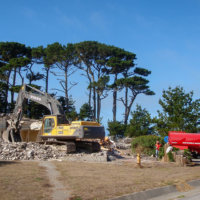 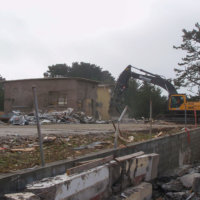