Northwest Demolition was contracted to demolish a cement manufacturing facility in Inkom, ID.  Project scope included heavy asbestos abatement and demolition of two cement kilns with attached pollution control equipment, as well as support infrastructure systems including 130-foot-tall concrete silos, conveyors, and miscellaneous energy systems.  Following the removal of the kilns, the heavy concrete pedestals and foundations were removed. The concrete was processed and recycled onsite to be reused as fill for the various pits and basements.

Portions of the facility remained active throughout the project, requiring constant interaction with site personnel to ensure that adjacent areas were protected and the schedule was flexible enough to maintain the need for ongoing truck traffic in certain areas.

This project was the first of many for the same customer, reflecting Northwest Demolition’s ability to form long-term, trusting relationships by delivering consistently high quality services that meet a client’s ongoing needs. 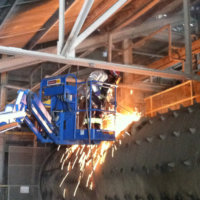 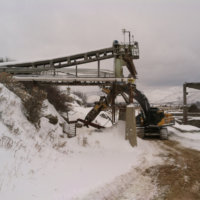 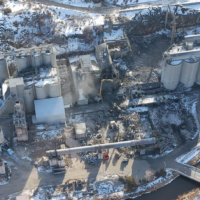 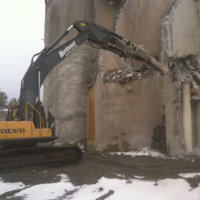 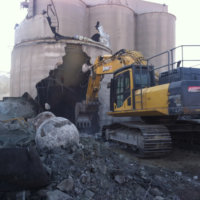 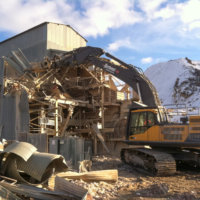 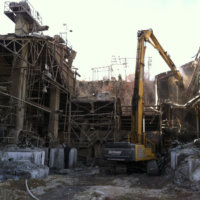 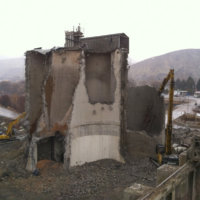 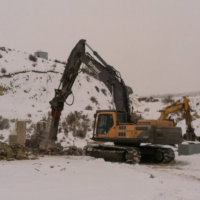 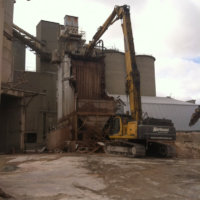