Northwest Demolition was contracted to remove an outdated cement plant adjacent to a new operational plant.  Project scope included the removal of three massive cement kilns, electrostatic precipitators (ESP), mills and associated equipment, and the plant support systems.  Northwest crews worked in conjunction with the client’s onsite employees to ensure plant production operations were not significantly disturbed by demolition and decommissioning activities.  Live utilities traversing the demolition site were protected using specially designed systems.  Stacks and portions of the ESPs taller than 150 feet were surgically removed and lowered by crane to mitigate risk to the live production systems.

Once the areas surrounding the active plant had been safely removed, 40-60-ton excavators equipped with shears and pulverizers began heavy demolition of all remaining site structures except for the largest kiln.  This monolith of a structure stretched nearly 500 feet long and 60 feet tall, weighing over 1000 tons and supported by a series of large concrete pedestals.  Due to the deteriorated condition of the steel, explosives were used to topple the kiln to the ground, where it could be safely processed on the ground. An extensive engineering plan was developed in coordination with the owner and local Sheriff’s department to ensure safety protocols were met.  As a result, the adjacent interstate was briefly closed.

After the kiln was toppled, the steel was prepared and stockpiled.  In total, over 9000 tons of steel was transported off site via truck and rail. Concrete pedestals and slabs were crushed on site for use as fill.  The project was completed on time and budget, without any recordables or lost time incidents.

Due to the remote location of the site, heavy equipment was mobilized to the site using rail. 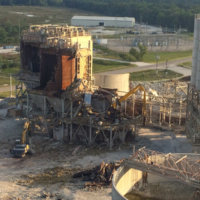 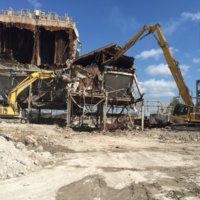 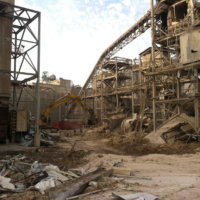 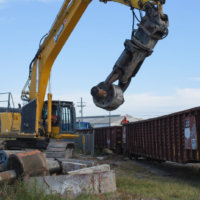 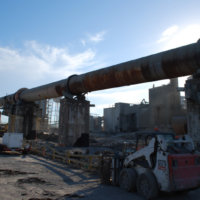 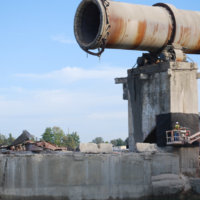 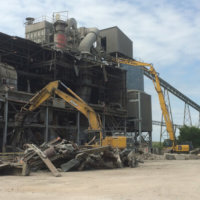 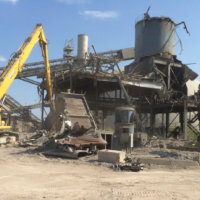 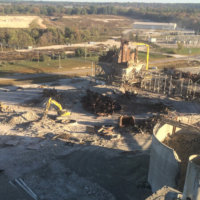 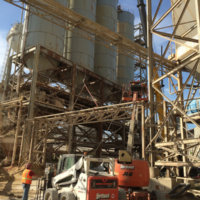 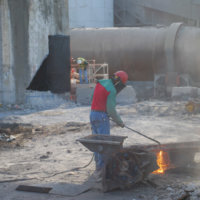 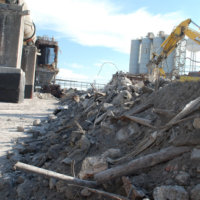 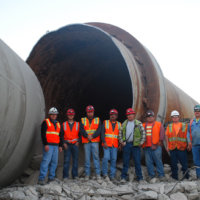 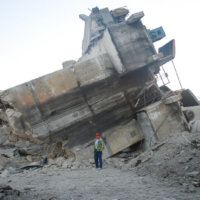 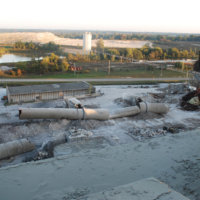 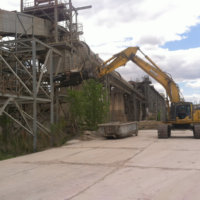 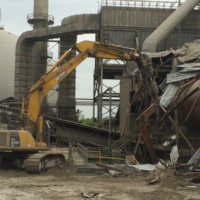 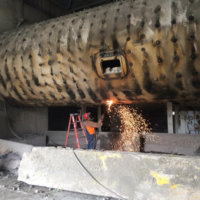 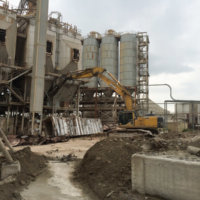 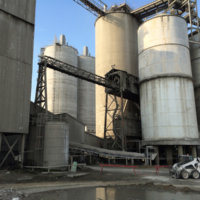 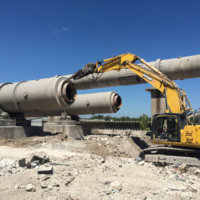 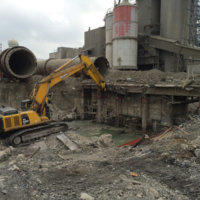 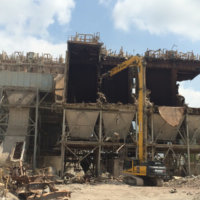 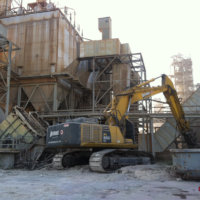 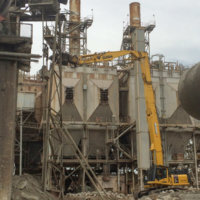 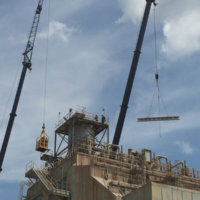 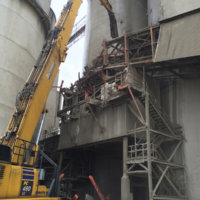 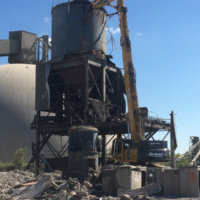 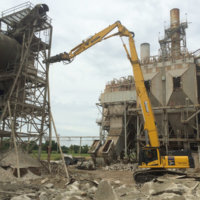 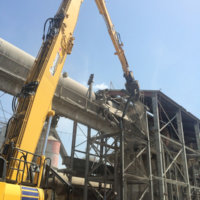