Northwest Demolition was contracted for the demolition and removal of the Marmot Dam to make way for the construction of a new roller compacted concrete (RCC) design.  The face and spillway of the existing structure were heavy timber, the framing itself holding a cellular matrix of rock and soil.  Prior to the commencement of demolition operations, a series of coffer dams were constructed, water was diverted through an existing flume, and the sediment was removed upstream.

The deconstruction operations resulted in the removal of over 90,000CY of wood, rock, and soil.  Northwest Demolition constructed a network of haul roads to relocate the excavated material one mile from the dam site.  The team worked closely with Oregon Department of Fish & Wildlife regulators to ensure that migrating native fish were passed through and above the project site without incident.

Northwest Demolition completed the project ahead of its aggressive schedule, ensuring the native fish populations could return within the low water window. 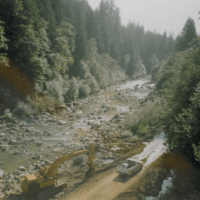 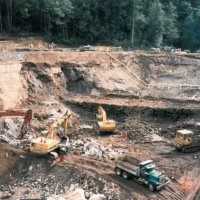