Northwest Demolition was contracted to stabilize and subsequently dismantle the roof and other structural components of a power generating facility.  The building had significant structural damage resulting from an explosion and fire.  A large hole had been blown through the roof and the steel trusses inevitably failed, leaving debris and building components suspended dangerously from the ceiling. Northwest mobilized a consulting and engineering team on short notice to conduct a safety and work sequence analysis.  A protection system was designed for one of the remaining salvageable generating units.  A cable catchment system was constructed to protect the interior components from weather and debris.  Northwest developed and executed an engineered plan to dismantle the steel roof structure and remove the damaged concrete components.  Finally, a damaged bridge crane spanning the entire structure was dismantled and removed.

In addition to the heightened safety challenged posed by damaged property, the remainder of the facility continued to operate as usual, resulting in a congested work area and heavy coordination requirements.

This project demonstrates Northwest Demolition’s capacity to effectively plan and implement complex work procedures for distressed property removal and asset management.  This involved work with a myriad of different contractors and concurrent operations, and was completed without incident. 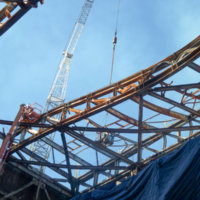 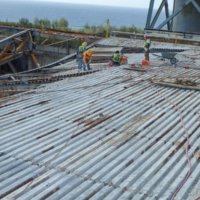 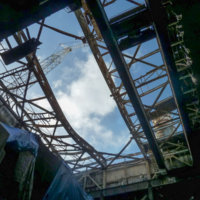 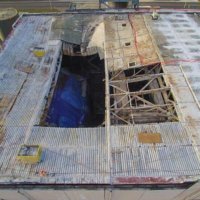 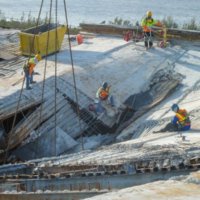 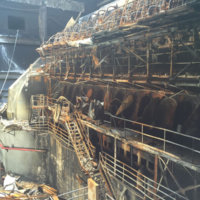 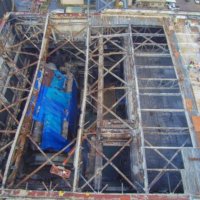